Climate change refers to the consequences that occur when greenhouse gases are emitted into the atmosphere. These may come from something as big as a power plant or from something as small as your car's fuel pipe. Greenhouse gases such as carbon dioxide and methane trap the sun's heat and make the Earth's climate warmer. It is predicted that our area will likely see the following consequences in climate and weather according to the National Aeronautics and Space Administration (NASA):

Over 100 years of data have been collected for this region. The average annual temperature, as measured in Beltsville, has risen by 4 degrees Fahrenheit. Also, sea levels in the District of Columbia have risen almost 10 inches over the past 80 years. By 2020, it is predicted we will see 10% more annual precipitation and another 1.5 degree Fahrenheit temperature increase.


Joan Rohlfs from the Metropolitan Washington Council of Governments and Joe Meinert, the City of Bowie's Planning and Community Development Director, talk about the impacts of climate change in our region. This presentation was part of a Community Climate Action Series that ran from October 2013 to January 2014.


What Can Be Done?


The key to reducing the impacts of climate change in Bowie is collectively lowering our individual greenhouse gas emissions. The City conducted a Community Greenhouse Gas Inventory and found our biggest emitters are our residential and transportation sectors.
Therefore, your choices will have the biggest impact on climate change in our community. Learn what you can do to reduce your emissions by reducing your energy use and using alternative transportation. 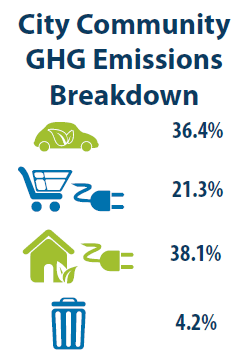 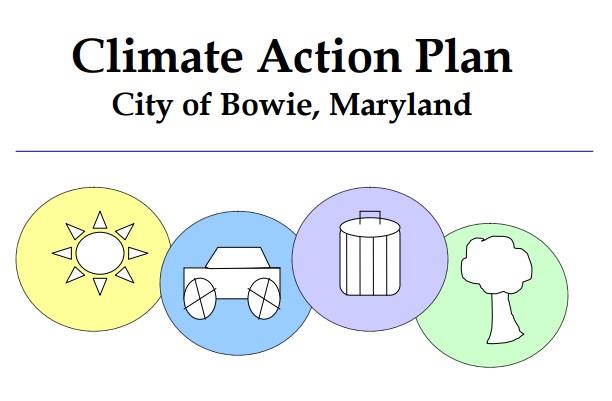 The Department of Planning and Economic Development, the Green Team Executive Committee, and the Environmental Advisory Committee together have developed and prepared a Climate Action Plan for the City of Bowie. The plan outlines actions that the City has taken thus far to reduce its Greenhouse Gas Emissions as well as actions it will complete in order to reduce total community emissions 20% by 2020, using a 2007 baseline. The plan was approved by City Council on January 5, 2015.