The Horse Racing Tradition in Bowie

Bowie has a long connection to the Sport of Kings: Thoroughbred horse racing.

In the 1750s, Governor Samuel Ogle, owner of Belair Plantation, and his brother in law, Col. Benjamin Tasker, imported superior British bloodstock to Belair, with the specific intention of breeding and racing a bigger, better, faster colonial American Thoroughbred race horse. The importation of three fine horses – the stallion Spark, and two mares, Queen Mab and Selima – put Belair in the forefront of 18th century breeding. Selima, winner of a number of lucrative colonial horse races, went on to become one of the most famous broodmares in American racing. The Selima Stakes, an 8½ furlong contest for two year old fillies, is run every year, in her honor, at nearby Laurel Park Race Course.

The Dinner Party Stakes and Pimlico

Governor Oden Bowie, for whom the City of Bowie is named, was also heavily involved in Thoroughbred racing. Governor Bowie was President of the Pimlico Jockey Club and his Fairview Plantation in Bowie was also the home of a number of excellent horses. In 1868, at a dinner held in Saratoga, New York, Bowie, along with a number of other owners, decided to hold a race in Baltimore, with racers owned by the members of the dinner party. After bidding by other tracks for the honor of hosting, Bowie won – promising to build a racetrack in Baltimore if the group agreed to the site. The race came to be known as the Dinner Party Stakes, with a purse of $15,000, and the track to be built was today’s Pimlico Racetrack. The first winner of that race was a horse named Preakness – and so the race became known as the Preakness Stakes. Today that race is the second leg of racing’s Triple Crown contest!

Belair Stud and the Woodwards

Belair’s – and Bowie’s – romance with the Thoroughbred continued into the 20th century. In the 1890’s, the Woodward family came to Belair. Owner William Woodward’s grand passion was the Thoroughbred and the racetrack. Under his ownership, the Belair Stud fielded a large number of winning runners, the three most famous being Gallant Fox, his son Omaha, and Nashua. Gallant Fox (1930) and Omaha (1935) remain, to this day, the only father/son horses to capture racing’s famed Triple Crown. 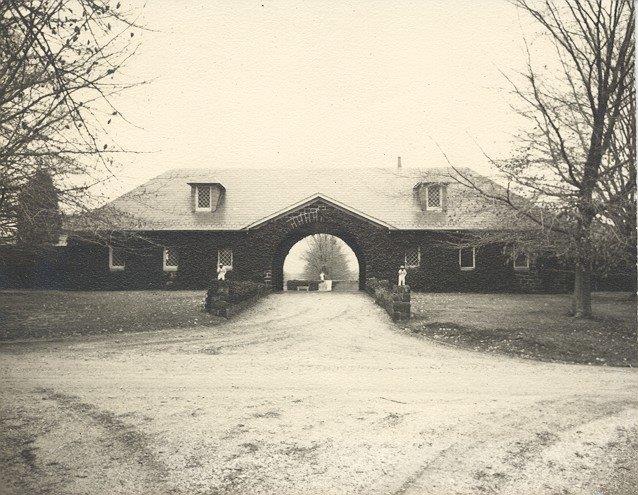 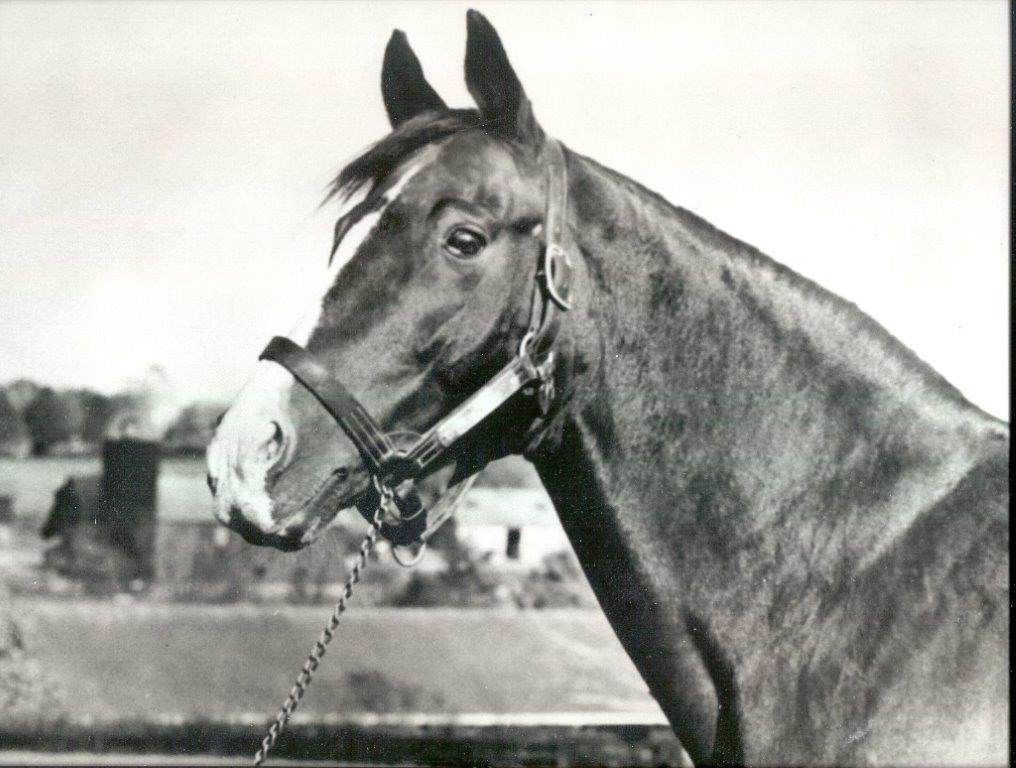 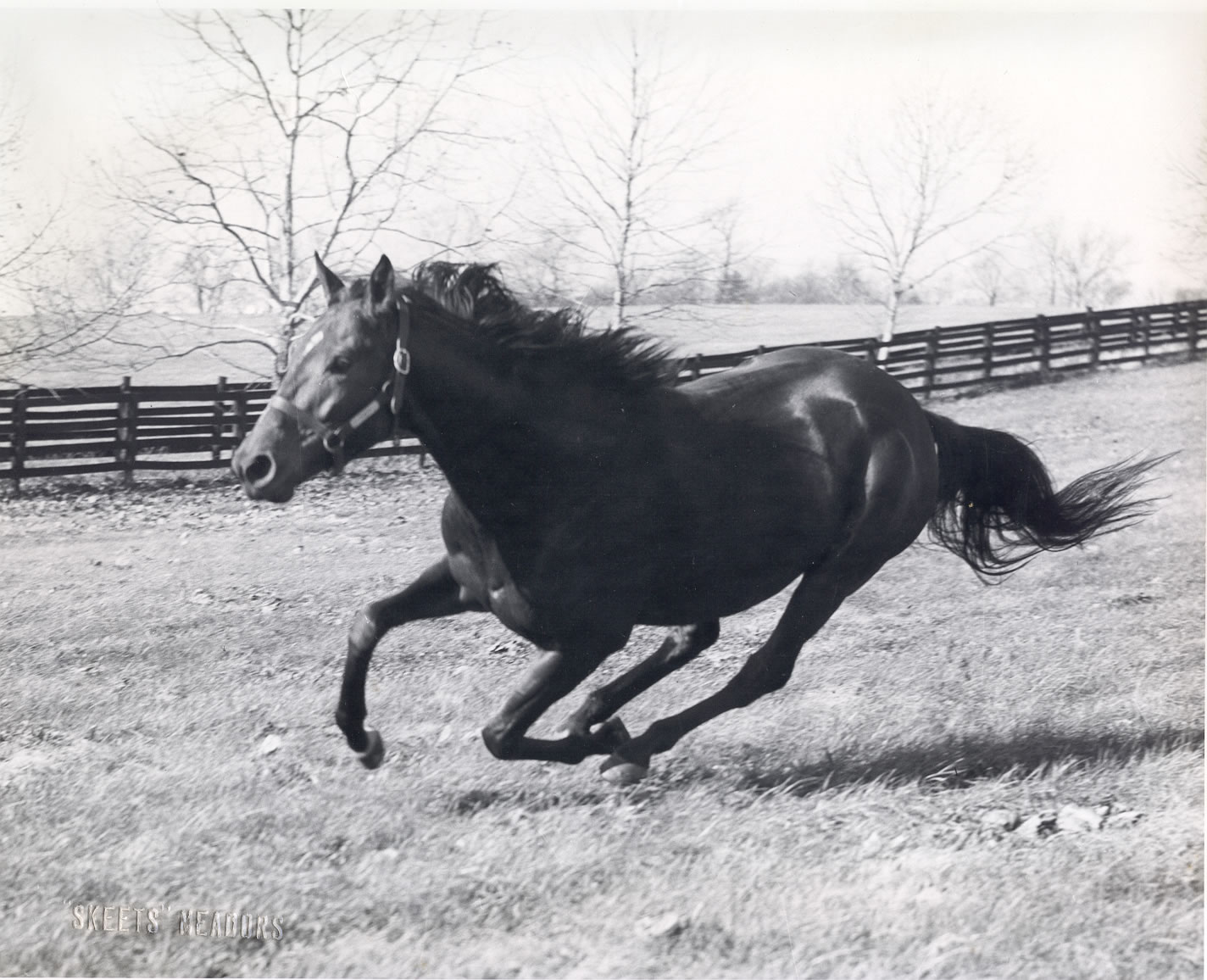 Nashua - the first time out to pasture 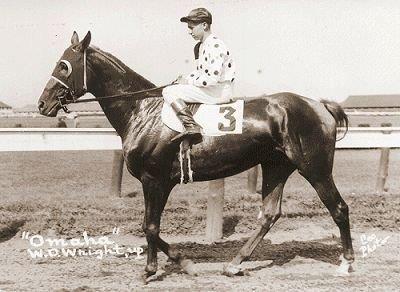 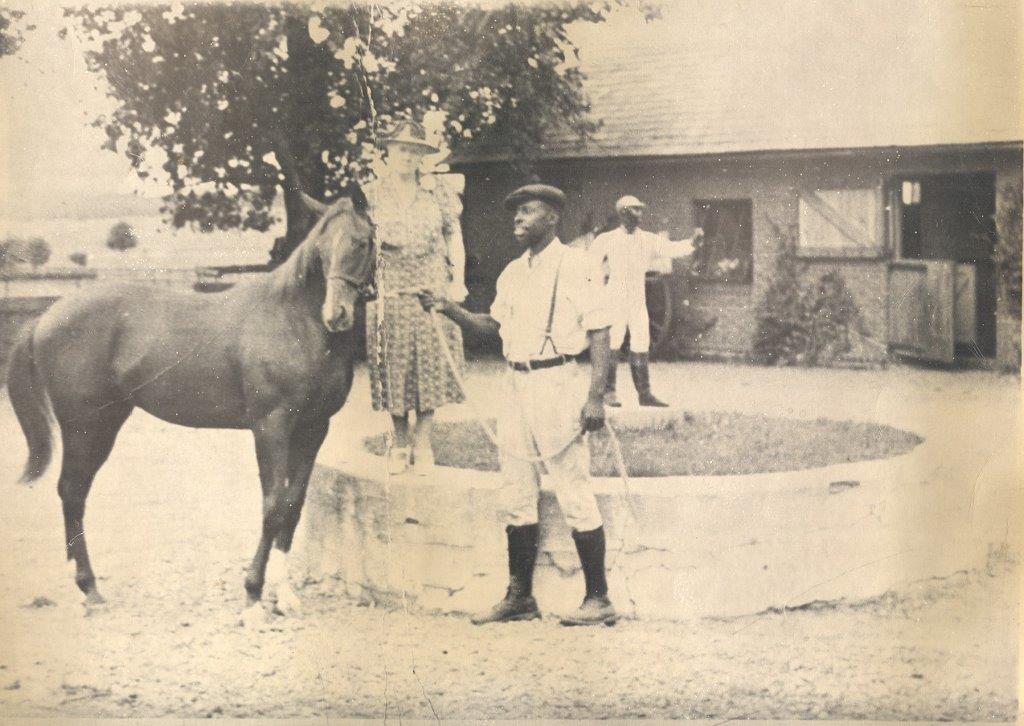 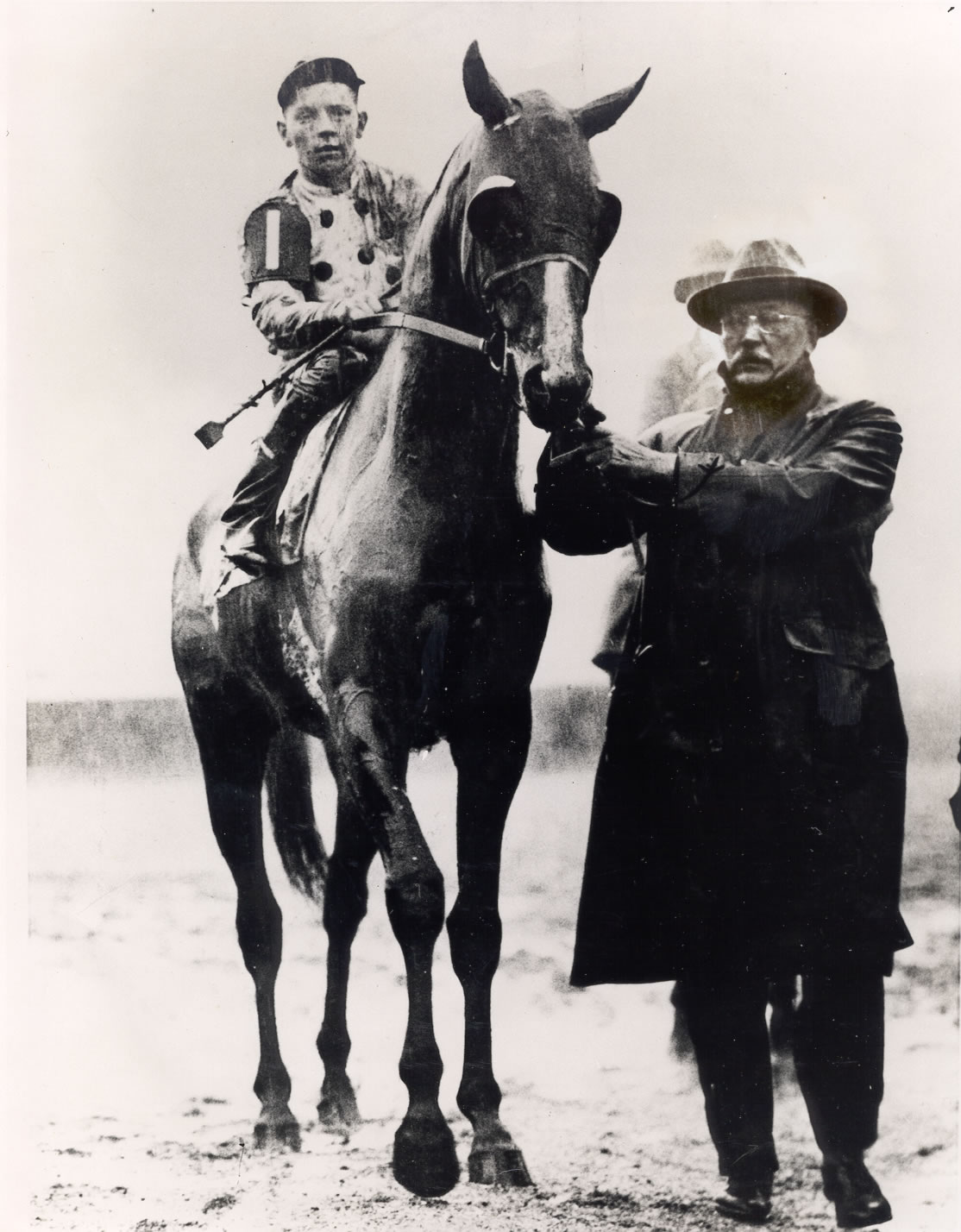 In October, 1914, Bowie Race Track, then known as Prince George’s Park, began its inaugural season. The track’s location was chosen because of its proximity to Baltimore, Annapolis, Washington, and the electric railroad serving the three cities. Race trains ran from the three cities, and points north as well, with a 65 cents round trip fare from Baltimore to enjoy a day at the track. Admission was one dollar.

Three other tracks were already established in Maryland – Pimlico (1870), Laurel Park (1911) and Havre de Grace (1912). Those tracks held meets in the warmer months, allowing Bowie to have meets in cooler times of the year. To accommodate this scheme, the grandstands were constructed facing west to take advantage of the afternoon sun. The grandstand was enclosed in 1957, allowing a winter racing card at Bowie. In 1958, a blizzard caused a reported 3,000 racing fans to be stranded at the track overnight. The event earned a slogan for the track…”When it snows, Bowie goes.” The following year, the track manager secured the services of some penguins to lead fans in on opening day.

Penguins at the track - Opening Day 1959

The track’s colorful history was not without tragedy. The track buildings burned to the ground in 1927. Racing was suspended during the WWII years from 1943-1945. In 1961, a Pennsylvania Railroad race train crashed and lives were lost. An aviation disaster occurred over and near the track in 1953, when a jet fighter exploded overhead, and crashed in nearby woods. Another fire, in 1966, killed 60 horses; others were turned loose into what remained of a 16” snowfall the previous day, wandering into the new residential community of Belair at Bowie.

But fans recall the fun times…In 1927, Bowie was the first track in the country to install a public address system. In 1952, a cabin cruiser was found floating in the infield lake, and in 1935, premiered the Daily Double in Maryland. In 1972, the track hosted the Noah’s Ark Race, featuring a camel, a buffalo, a llama and a “zebu” ( a single humped cow from Asia.) The zebu took the laurels in the Winner’s Circle. Dignitaries, including Richard Nixon and J. Edgar Hoover, and celebrities like Lorne Greene and Ronald McDonald visited the track to enjoy the excitement offered by Thoroughbred racing. In its final years, the grandstand seated 7,500 and the stables housed almost 1,200 horses. 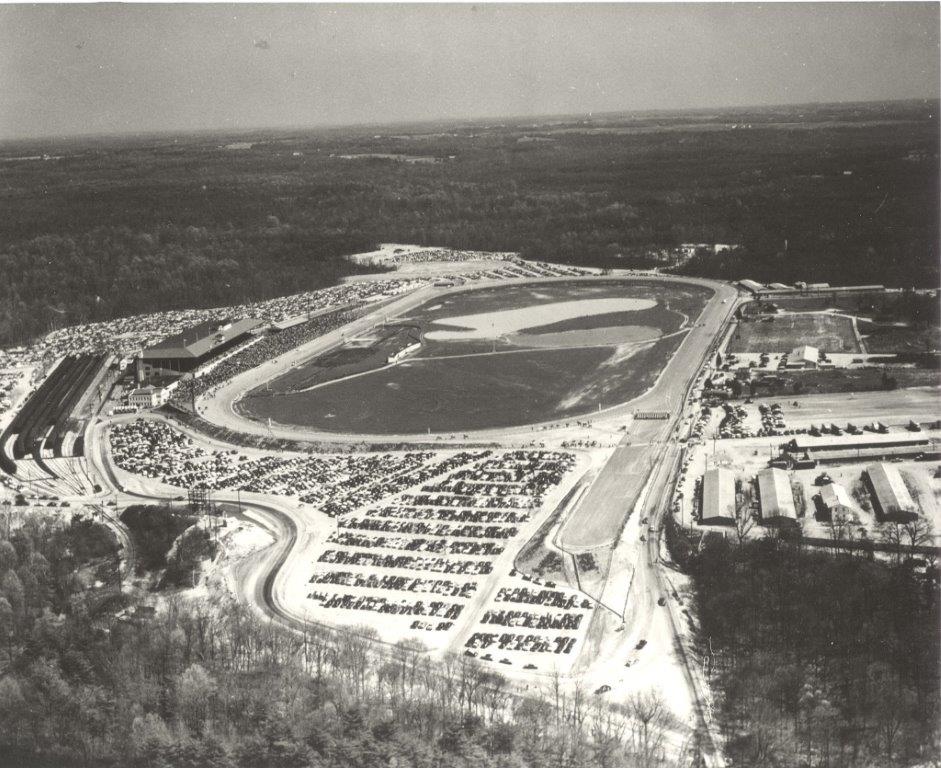 By 1985, with the consolidation of racing at Maryland tracks, Bowie’s long racing life came to a close on July 13. The property of the Maryland Jockey Club, some structures – barns, shedrows, stalls – still remain but stand empty, in deteriorated condition. The grandstand and clubhouse have been demolished, and the track surface has been stripped. The Horse Bridge over Race Track Road remains in place as a reminder of the heyday of the Bowie Race Track.