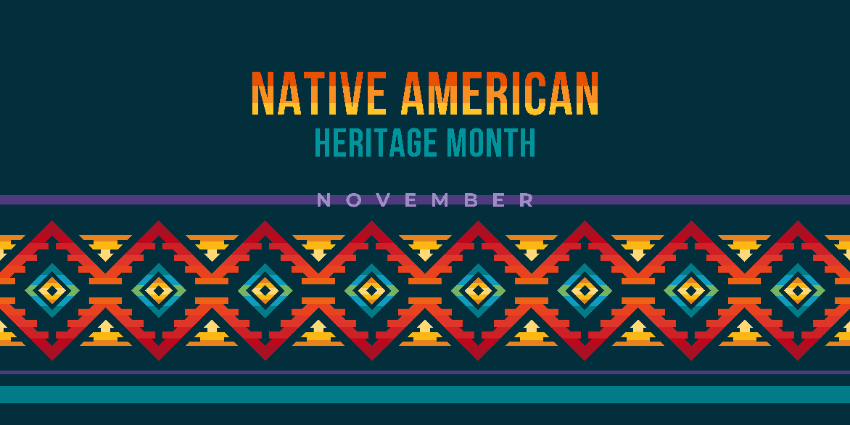 The month is a time to celebrate rich and diverse cultures, traditions, and histories and to acknowledge the important contributions of Native people. Heritage Month is also an opportune time to educate the general public about tribes, to raise a general awareness about the unique challenges Native people have faced both historically and in the present, and the ways in which tribal citizens have worked to conquer these challenges. 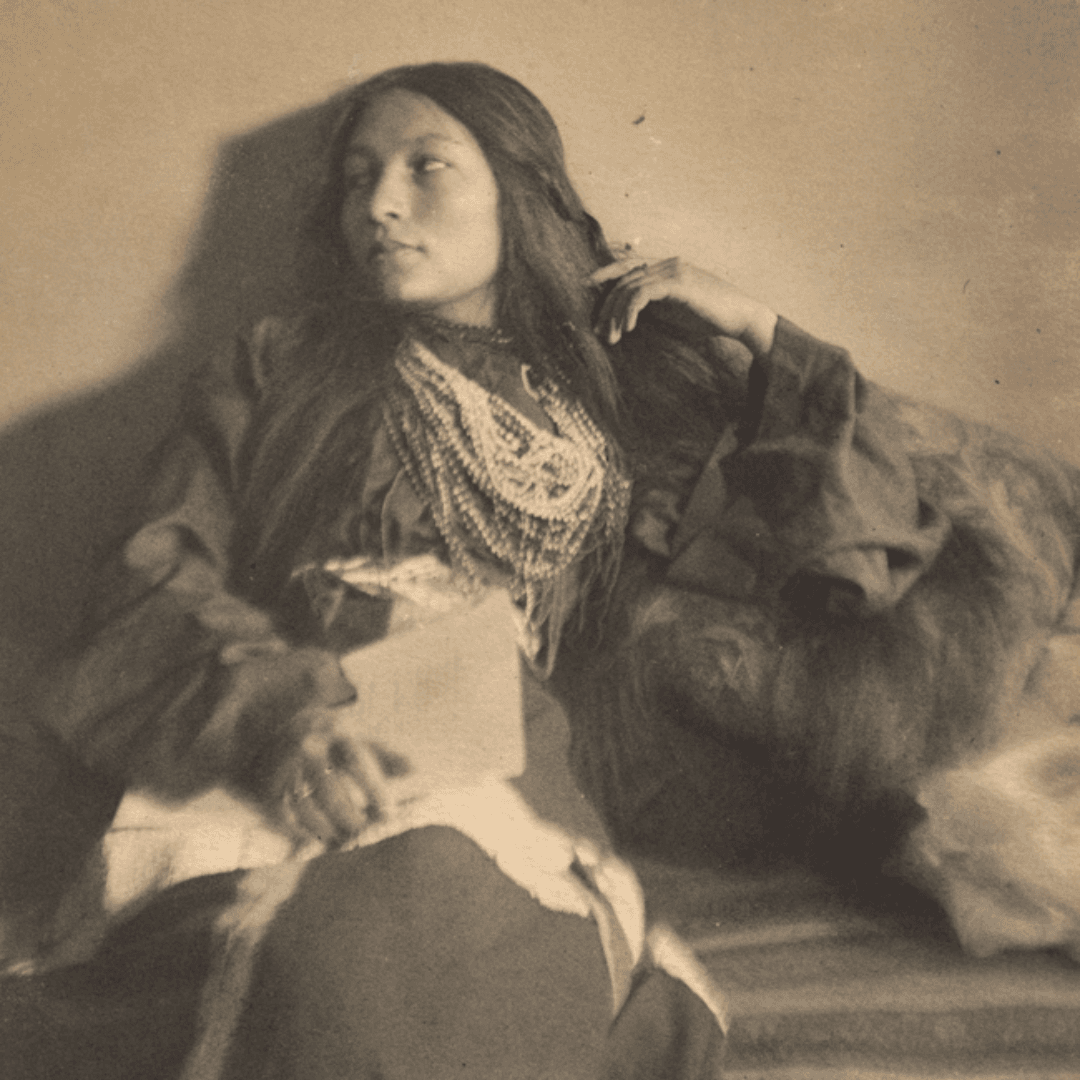 Gertrude Simmons Bonnin was an American Indian activist and writer of the Sioux tribe. Her Sioux name was Zitkala-Sa and she was prominent in the Pan-Indian movement of the 1920s and 1930s. Bonnin devoted her life to lobbying for the rights of American Indians.

One of the most outspoken voices raised on behalf of American Indians during the early twentieth century was that of Gertrude Simmons Bonnin, a granddaughter of the famous Sioux chief Sitting Bull. As a writer, she produced a number of essays and short stories that established her as a significant figure in American Indian literature. She was a reformer and activist devoted to improving the lives of American Indians both on and off the reservation. Calling upon her skills as an orator, Bonnin made numerous appearances before government officials in Washington and ordinary citizens throughout the nation to draw attention to the plight of American Indians trapped in poverty and despair. 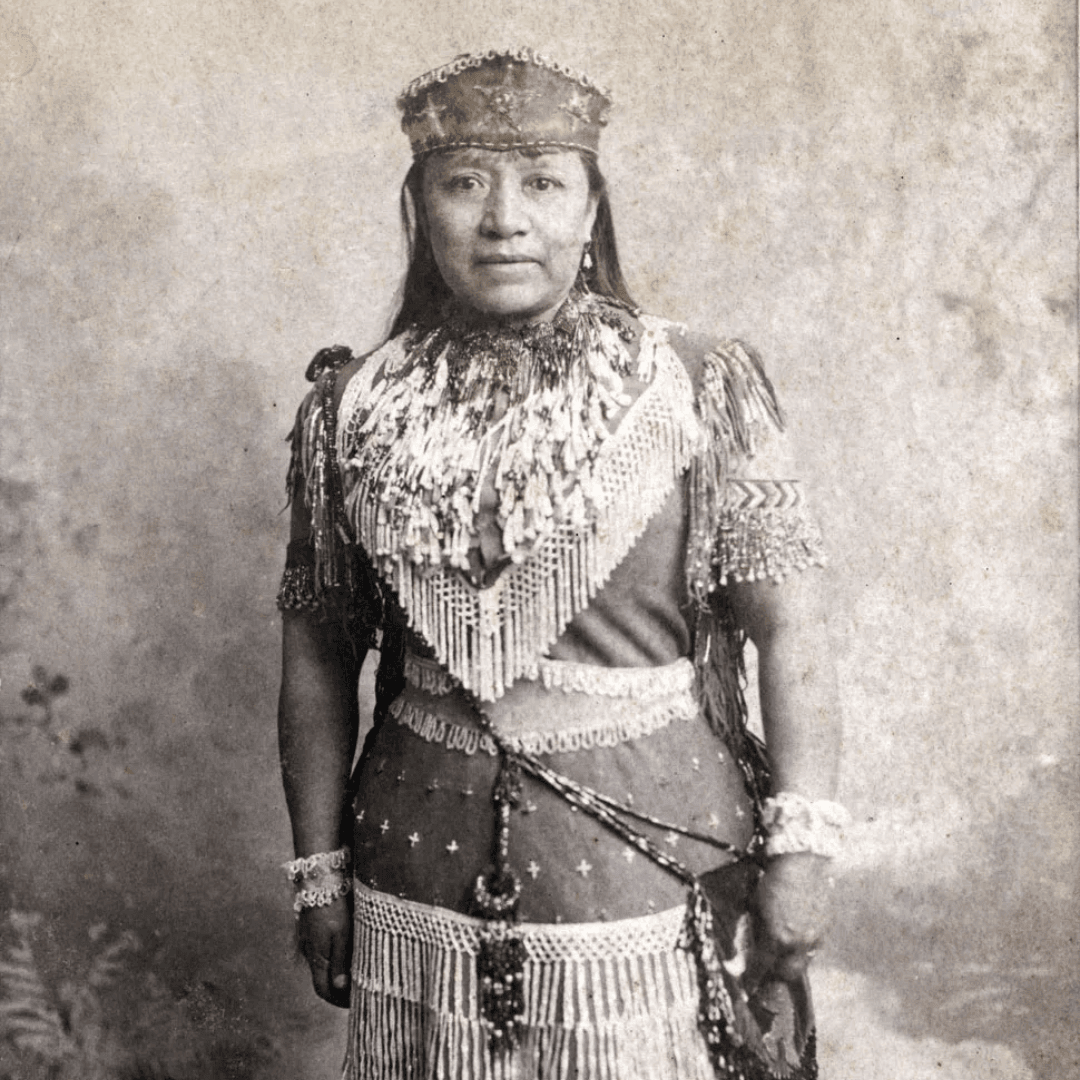 Sarah Winnemucca was active as a peacemaker, teacher, and defender of the rights of American Indians. She published "Life among the Paiutes, Their Wrongs and Claims" and founded a school for Indians.

Sarah Winnemucca was a skilled interpreter, an Army scout, a well-known lecturer, a teacher, and the first Indian woman to publish a book. She was born near Humboldt Lake about 1844 in the part of Utah Territory that later became Nevada, the fourth child of her father, Chief Winnemucca, called Old Winnemucca and mother, Tuboitonie. They named her Thocmetony, meaning Shell Flower. Later she took the name Sarah, a name she kept the rest of her life. The homelands of the Northern Paiutes extended over parts of present day Idaho, Nevada and Oregon. Over those lands, the Paiutes hunted, gathered seeds (especially pine nuts), and fished in the rivers and lakes. During Winnemucca's lifetime, however, they were crowded onto reservations and deprived of much of their land. Winnemucca became nationally known for her fight for her people's rights and for her struggle to keep the peace between her people and the white newcomers. 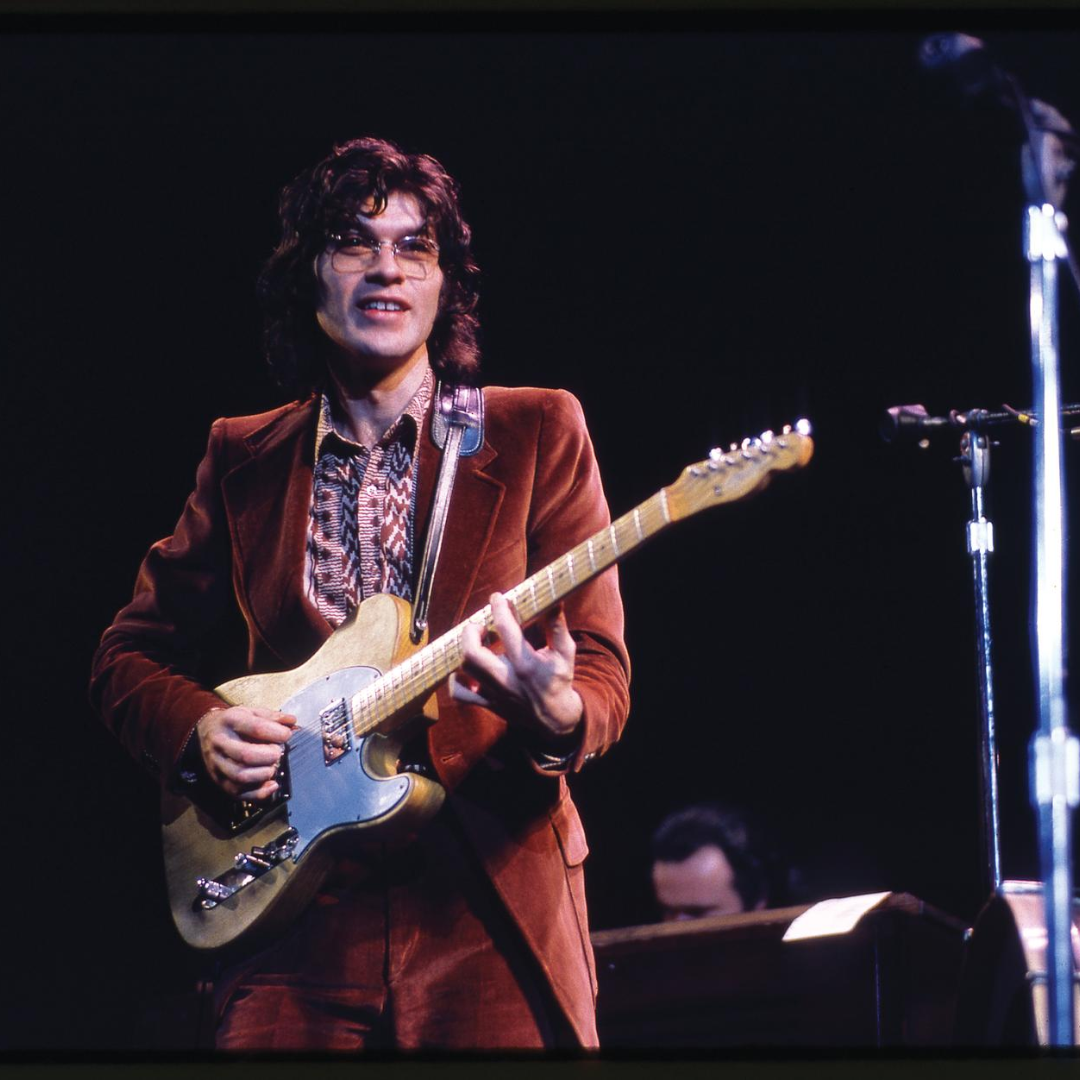 Robbie Robertson became a professional musician in 1959, when he began playing guitar with Ronnie Hawkins and the Hawks in juke joints and dives all across North America. Six years later, before thousands of fans, he was backing Bob Dylan as the folkie was making his transition to electric. By then the Hawks were known simply as the Band and were soon creating their own powerful originals. After another tour with Dylan, the Band decided to call it quits in 1976 and Robertson began working in movies, both acting and scoring soundtracks, while remaining relatively behind the scenes for nearly a decade. In 1987 he released his first solo LP, proving that his songwriting and guitar abilities were stronger than ever. The Band was inducted into the Canadian Walk of Fame in 2014. Robertson, one of two surviving members at the time, accepted the honor in his home country. 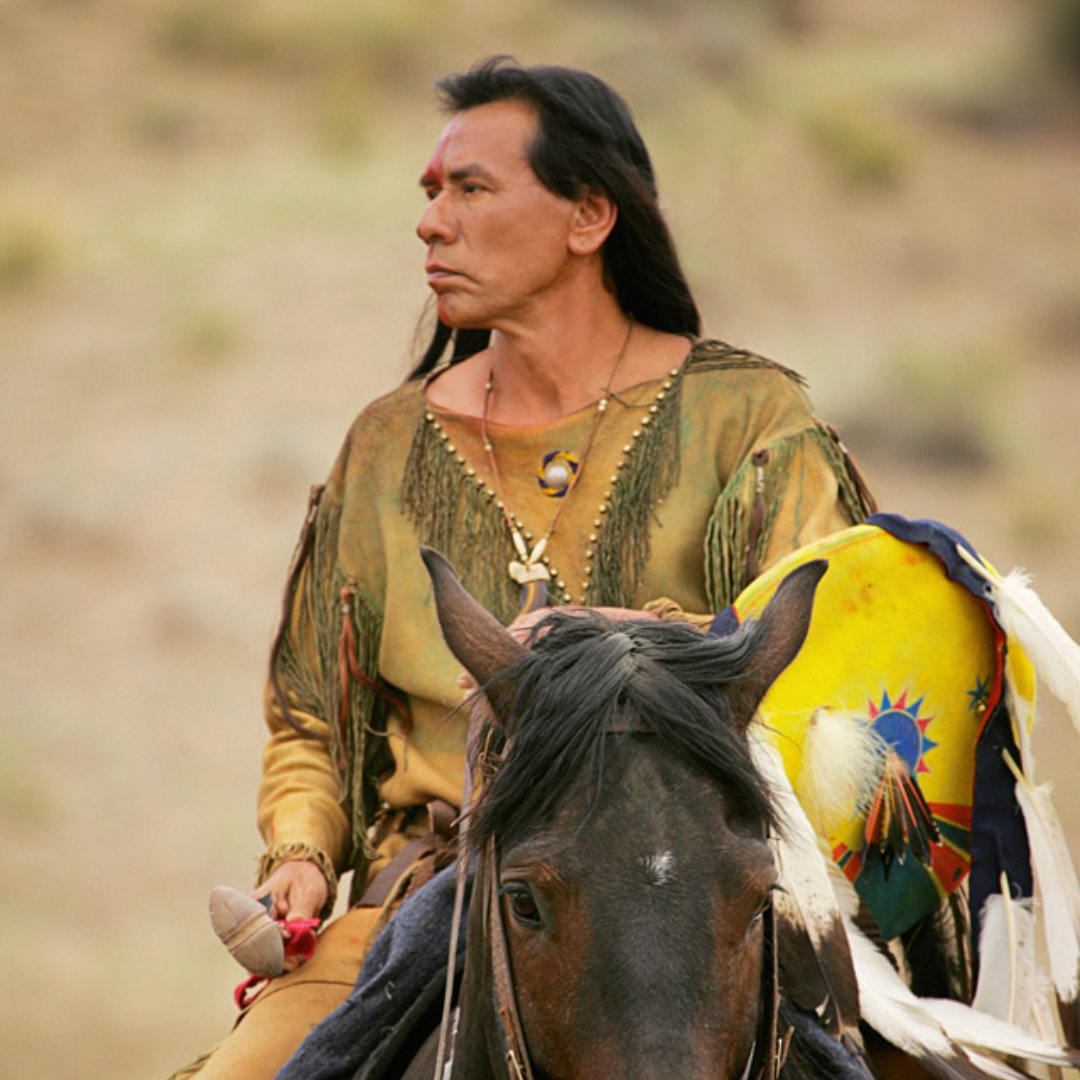 Wesley Studie was a full-blooded Cherokee and grew up in rural Oklahoma. He was the eldest son of a ranch hand and a housekeeper and was later educated at an Indian boarding school. Here he got an early taste of the way American Indians were often treated off the reservation.

Studi became a soldier in 1967 and eventually served in Vietnam. When he returned from the war, he enrolled at Tulsa Junior College, which led to his participation in the Trail of Broken Treaties protest march in 1972. He was one of the protesters who briefly occupied the Bureau of Indian Affairs. The following year he joined the South Dakota protest at Wounded Knee and was among those arrested on federal charges of insurrection. Studi later developed an interest in film. When he was 44, he landed his first movie, Geronimo. 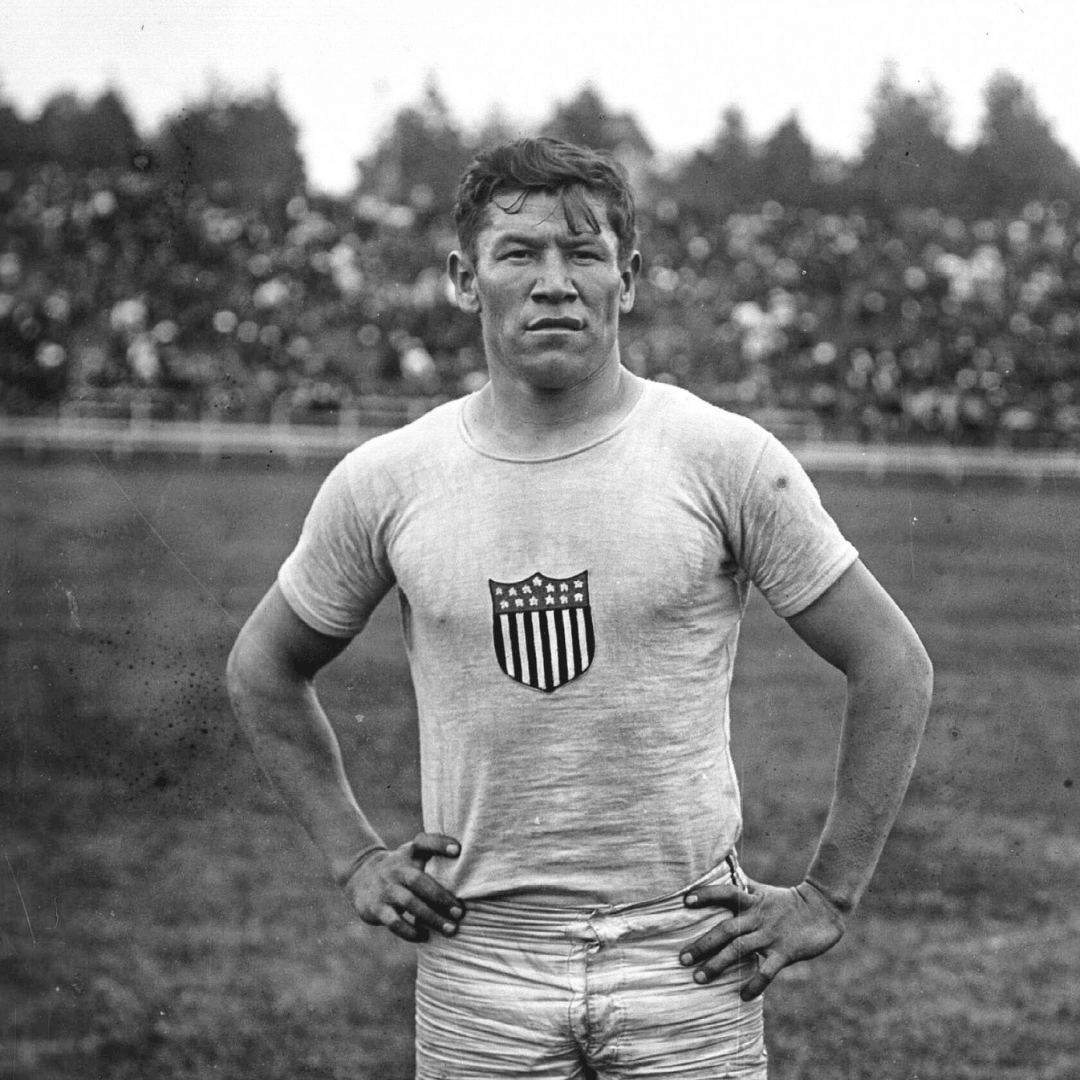 Jim Thorpe was an American track star, National Football League player and baseball player. Jim Thorpe was also the hero of the 1912 Olympic Games in Stockholm, only to have his gold medals taken from him for professionalism. James Francis Thorpe (American Indian name, Wa-tho-huck or Bright Path) was born south of Bellemonta, near Prague, Oklahoma, on May 28, 1888.

When Thorpe was 16 he was recruited to attend a vocational school for Native Americans, the Carlisle Indian School in Pennsylvania. His track potential was evident in 1907 when he cleared the high jump bar at 5' 9" while dressed in street clothes. Glenn S. "Pop" Warner, the school's legendary track and football coach, then asked him out for the track team. During the summer of 1912, Thorpe was chosen to represent America at the Stockholm Olympics in the decathlon and the pentathlon. He was an easy victor in the pentathlon, winning four of the five events (broad jump, 200 meter dash, discus, and 1,500 meter race), losing only the javelin. In the decathlon Thorpe set an Olympic mark of 8,413 points that would stand for two decades. King Gustav of Sweden addressed Thorpe as the "greatest athlete in the world" and presented him with several gifts. He was later stripped of his medals due to accepting money while playing amateur sports. After many attempts, his medals were later returned. 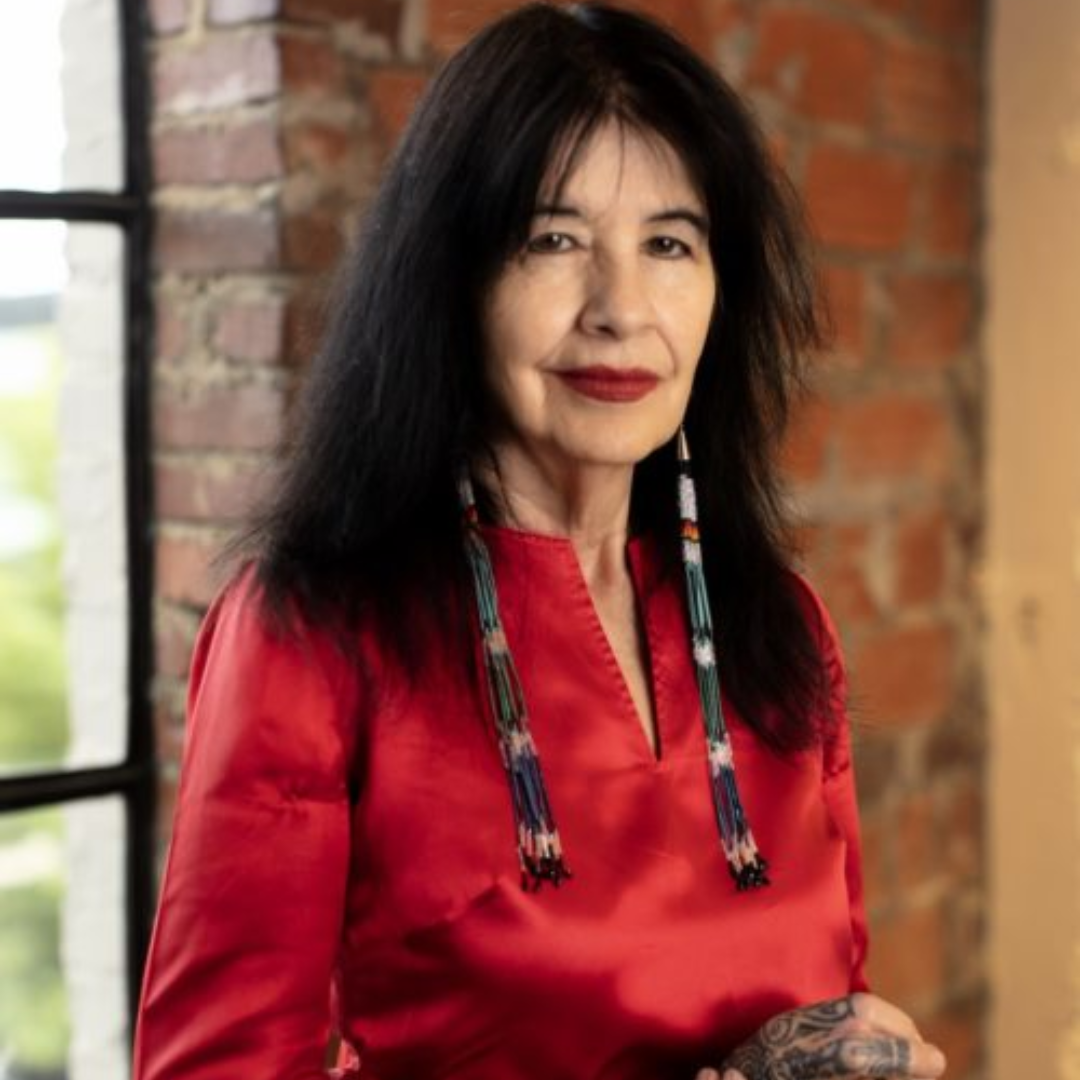 She has been honored with numerous awards and fellowships for her writing and music. She is the author of numerous books of poetry, including "Weaving Sundown in a Scarlet Light: 50 Poems for 50 Years"; "An American Sunrise"; "The Woman Who Fell From the Sky", which received the Oklahoma Book Arts Award; and "In Mad Love and War", which received an American Book Award and the Delmore Schwartz Memorial Award. Her memoir "Crazy Brave" won the 2013 PEN Center USA literary award for creative nonfiction. In 2019, Harjo was named United States Poet Laureate, making her the first Native American poet laureate in the history of the position.

Also a performer, Harjo plays saxophone and flutes with the Arrow Dynamics Band and solo, and previously with the band Poetic Justice. She has appeared on HBO’s Def Poetry Jam in venues across the U.S. and internationally and has released four award-winning albums. In 2009, she won a Native American Music Award (NAMMY) for Best Female Artist of the Year.

The Prince George's County Memorial Library Systems (PGCMLS) is also celebrating Native American Heritage Month with book recommendations for all ages and resources. Here's a sneak peak of some of the educational and entertaining books they're recommending. Want to see the full list? Visit the PGCMLS Native American Heritage Month page for books, online exhibits, events, and more. 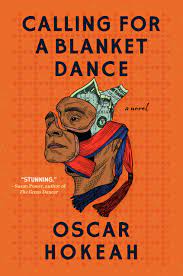 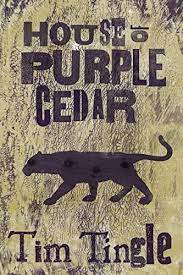 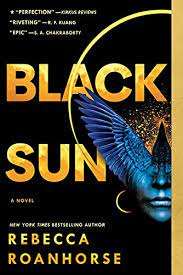 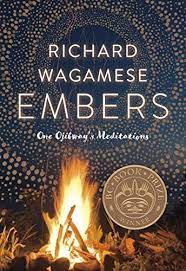 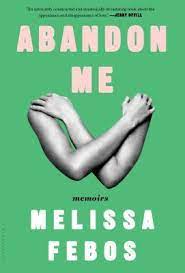 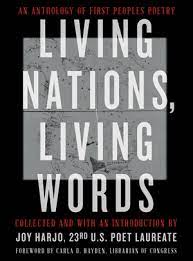 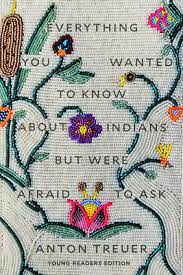 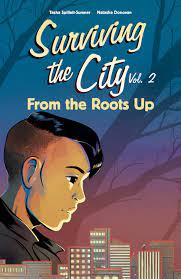 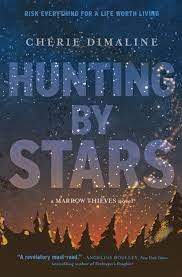 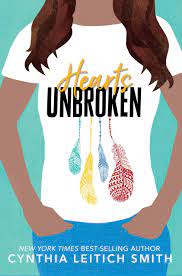 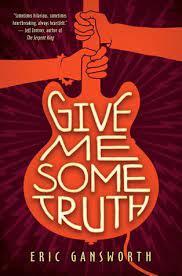 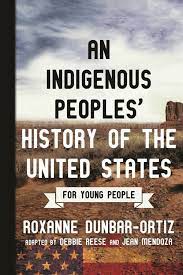 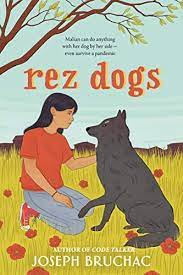 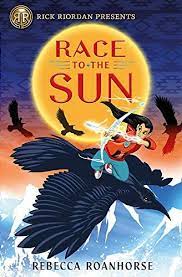 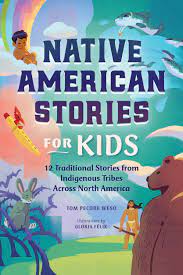 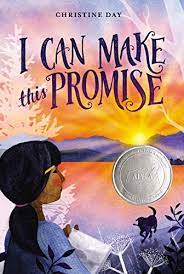 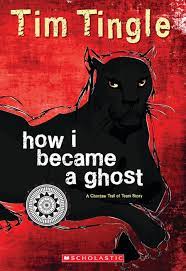 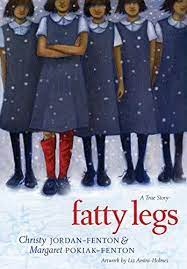 Indigenous People of the Chesapeake: