***On February 25, the applicant contacted the City Planning Department and requested that the matter be withdrawn from the agenda of the March 1, 2021 City Council meeting. No further details are available at this time.***

Representatives of The Society of Jesus (the Jesuits) recently contacted the City for the purpose of presenting a new concept for a portion of their property to build a religious retreat center. The proposal is in its early stages, and the Jesuits would like to obtain community feedback on the idea of a retreat center. At this point, all that is known is that the project would consist of approximately 45,000 square feet on about 36 acres of land located on the south side of MD 450, between Sacred Heart Church and Race Track Road. A stakeholders meeting was held on December 1, 2020.

2/25/21: The Jesuit Property Proposal was scheduled to be discussed at March 1, 2021 City Council Meeting but that discussion is now postponed until further notice. 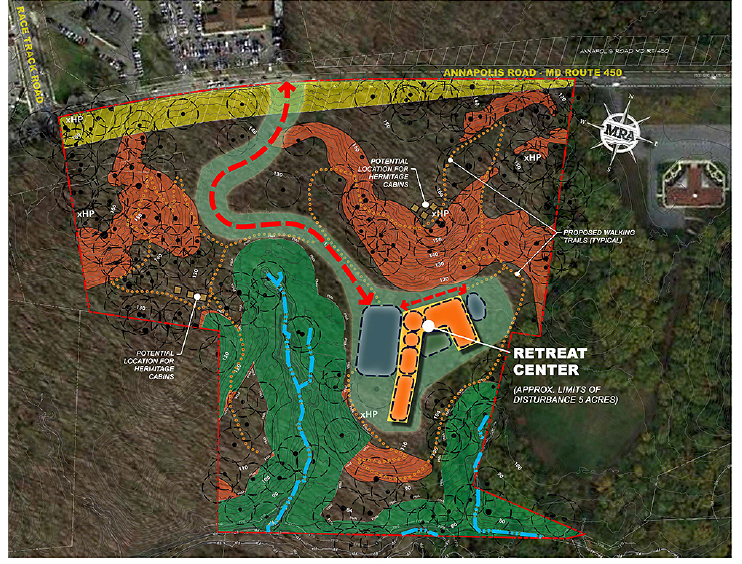 Location:  South side of MD 450, between Sacred Heart Church and Race Track Road

At this time, no formal application has been submitted.