We've known for a long time what a great place Bowie is to live and to raise a family. Others are discovering the same thing and writing about it!

The City of Bowie was named to MONEY’s Best Places to Live in the United States this week. Coming in at one hundred (#100), Bowie joins other places around the country where the quality of life is good and the housing is affordable. The magazine evaluates data on economic health, cost of living, ethnic and economic diversity, public education, income, health and safety, ease of living, and amenities and conducts interviews in order to come up with the list. Bowie last made the list in 2014. (2019)


USA Today cited Bowie’s well-educated population, low poverty rate, and easy access to high paying jobs in the region as factors in its decision to name Bowie the Best City in Maryland.  (2019)

Homesnacks.net is an organization that compiles data from many public sources into “bite-sized” studies to evaluate communities across the US. They look at the places with “low crime, great jobs, worthy salaries, affordable housing, and solid schools.” It named Bowie as the third best place to live in Maryland in 2019.

Other Recent Honors for Our City

Population and income data about Bowie can be found in the Census Snapshot. More complete Census data is available at the US Census website.


The National Wildlife Federation recently named Bowie a Certified Wildlife Habitat Community - just the 95th community nationwide and the fifth in Maryland to achieve this status. Details about how the City qualified and why they did it can be found in the press release. More information about Bowie's many efforts to protect and improve the local environment can be found at www.cityofbowie.org/greenbowie.

The City of Bowie was one of 14 Maryland municipalities honored for sustainability efforts at the 2016 Maryland Municipal League Fall Conference. The Sustainable Maryland Certified Awards were presented by the Environmental Finance Center at the University of Maryland. In making the announcement, the Center noted that Bowie had amassed an impressive 560 points in the Sustainable Maryland Program, more than any other community in 2016.

Experts define sustainability as “development that meets the needs of the present without compromising the ability of future generations to meet their own needs. Consisting of three pillars, sustainable development seeks to achieve, in a balanced manner, economic development, social development, and environmental protection.

According to long-time Bowie Mayor G. Frederick Robinson, “The Sustainable Maryland Certified award was a tremendous achievement for the City of Bowie in 2013, and it is no less of an achievement in 2016.  This award is very special because it was accomplished together as a community. I am very proud of our volunteers, staff, and other community leaders for their continued help and support. I look forward to working with Sustainable Maryland for many years to come.”

The City was recertified under the Sustainable Maryland Program in 2019.


Bowie a 2018 Leadership Award Winner by the MD Green Registry


The Maryland Green Registry, a program to support businesses in Maryland "going green" and practicing sustainability, named the City of Bowie a state-wide leader in 2018. Bowie was recognized for four main achievements: 1) Use of and promotion of renewable energy for the solar panels installed on City-owned buildings, 2) energy and fuel efficiency for our electric vehicles (EV) and overall reduction in energy usage, 3) food waste management for the pilot food waste program and its diversion of over 15,000 pounds of food waste from landfills, and 4) wildlife habitat for our designation as a certified wildlife habitat and promotion of pollinator gardens. Read our award profile here. The City continues to participate in the MD Green Registry and even has our own Green Business certification program that works in conjunction with the state program.

Top 50 Best Places for Women Entrepreneurs
The City of Bowie was ranked number 50 in a new report by data-science group GoodCall as one of the best cities in the U.S. for women entrepreneurs to launch their business. (August 2015)

A total of 405 cities were evaluated on the following metrics:

“Bowie offers women entrepreneurs a healthy economy, strong educational values, and a large percentage of women-owned businesses – 33.16% of the city’s establishments are owned by women, higher than the national average and highest on our list,” says Eppie Vojt founder of GoodCall.

Women-owned businesses are a distinct community in Bowie, and should be at the top of every female entrepreneur’s list of cities, where they can find the community, business culture and targeted business support to drive the success of their businesses.


Bowie is fortunate to have a Business Innovation Center to help startup businesses. Lisa Smith, Executive Director describes the creation of the BIC this way: "The City of Bowie led a group of public and private sector partners to invest in the development of practical business support targeted to female entrepreneurs through the business incubation program, the Bowie Business Innovation Center (Bowie BIC). This is the only business incubation program in the State of Maryland which is co-located with a Women’s Business Center. Bowie BIC’s corporate partners have also supported innovative special programming for women-owned businesses. The City of Bowie is truly 'Open for Business' with female entrepreneurs!"


City of Bowie Receives Kudos for Smart Use of Energy


The City of Bowie has been recognized by the Maryland Energy Administration (MEA) as a Smart Energy Community. The City received the honor on June 29, during the 2015 Maryland Municipal League Convention in Ocean City, Maryland. The distinction recognizes the City for a history of commitment and innovation in the field of energy use. (June 2015)


Kudos to Bowie for Healthy Eating and Active Living 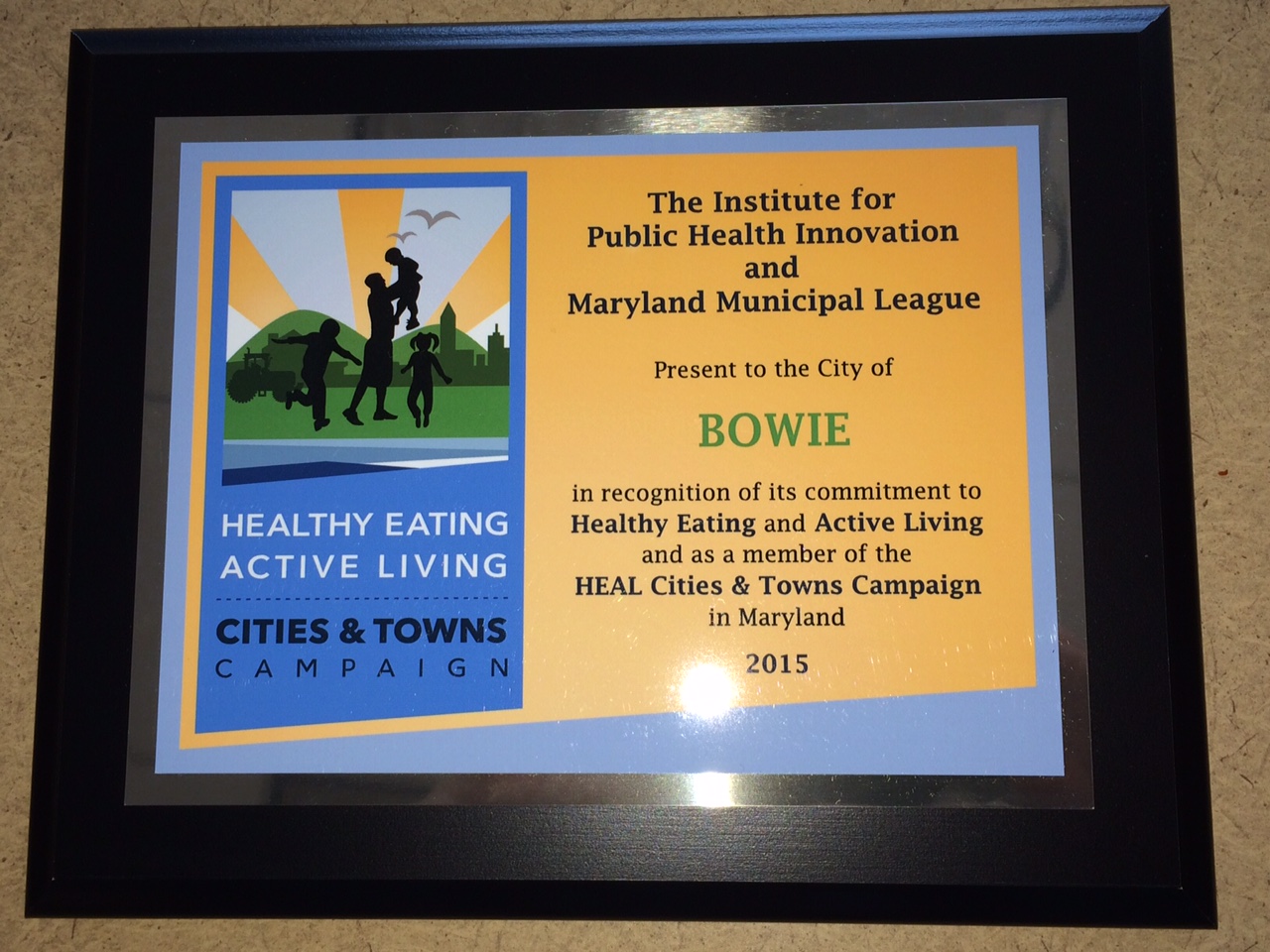 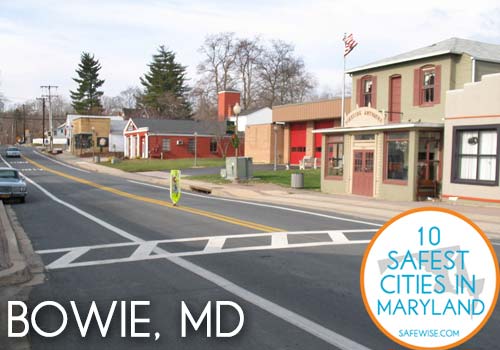 SafeWise conducted independent research, compiled with the most recent FBI Crime Statistics, resulting in Bowie being named the 6th safest city in the state of Maryland - July 2014


SafeWise, a home security and safety organization named Bowie the 6th safest city to live in Maryland in 2014. Bowie was praised for establishing a police force in 2006 which aids in keeping the crime rate as one of the lowest in Prince George's County. Despite having grown to over 55,000 residents, the dedicated officers of the Bowie Police are still able to make residents and visitors feel safe. (2014)

Bowie is the Best City to Raise a Family in Maryland 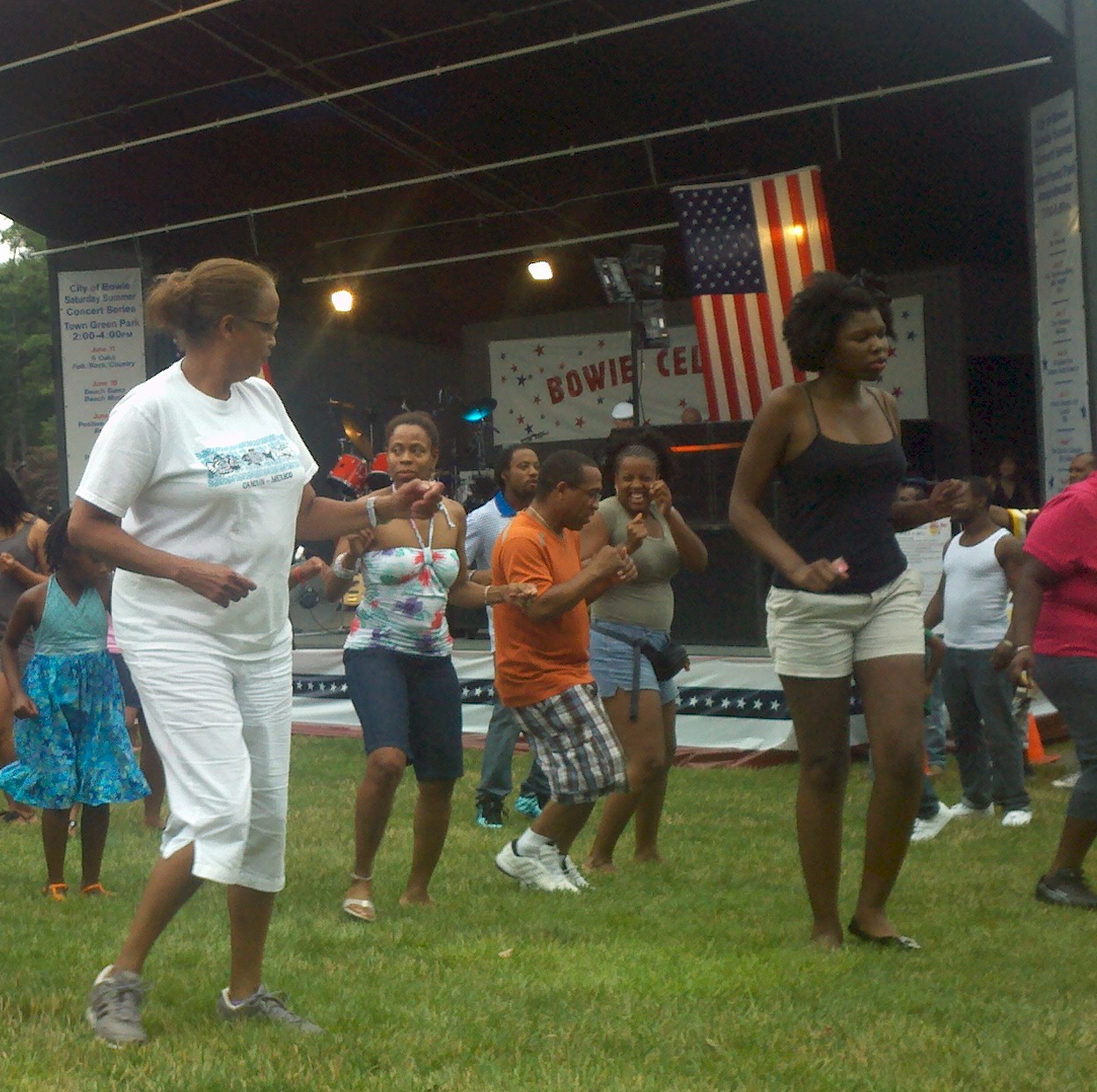 The CreditDonkey team researched the major metro areas that Maryland has to offer to come up with the 10 best for families, and Bowie is #1 - September 2014


Bowie receives kudos from CreditDonkey.com for being the best city to raise a family in Maryland. The City has the highest concentration of citizens that graduated from high school or higher education at 94.9%. In describing Bowie CreditDonkey said, "It also doesn't hurt that homes sell for significantly less, and residents bring in a median income of close to $106,000 a year. Great schools and a lower than average crime rate add to the list of reasons why Bowie's such an exceptional place to live." (September 2014) 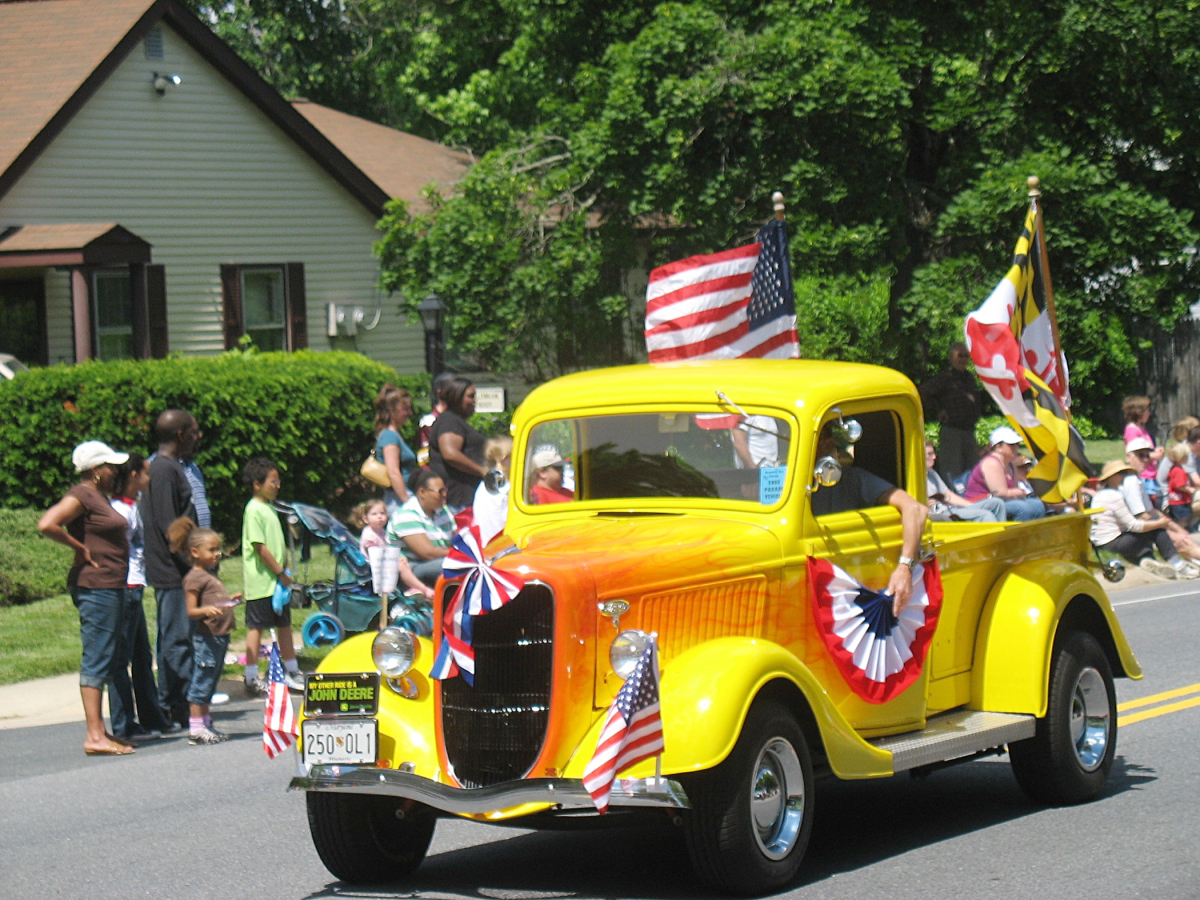 The write up accompanying the ranking described Bowie this way:

"Located halfway between Washington, D.C., and Baltimore, Bowie provides access to 3 major metropolitan areas, while offering the benefits of a small, close-knit community.

Popular community events include Bowiefest in June, a Back-to-School Bash in August, and an International Festival in the fall celebrating the town’s diversity. Allen Pond Park serves as a hub for gatherings with an ice arena, amphitheater, boat rentals, baseball and soccer fields, plus a Skate Park. Crime is low compared to other parts of Prince George’s County, and nearby are some of the country’s best hospitals, including the world-renowned Johns Hopkins Medical Center."


It's been a few years, but we're still very proud of the fact that Forbes magazine named Bowie as one of the country's most affordable suburban neighborhoods, where it said "homes are affordable, crime is low, and the quality of life is high." (2007)